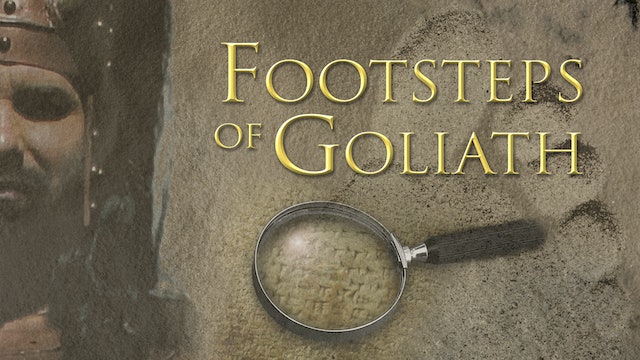 Is the famous story really true? Did young David actually slay the giant Goliath with a slingshot? Did giants actually walk the earth? Find out in Footsteps of Goliath. The filmmakers themselves pieced together clues from the Lands of the Bible and brought them together in the most complete view on the giant Goliath ever presented.

The documentary takes us from the glorious temple of the Pharaohs to mysterious tombs of mythical kings, from the dark vaults of the world’s greatest museums to the shores of the Dead Sea, from remote digs to the very place where David met his giant opponent.

Approached from the perspective of professional scientists and archaeologists, Footsteps of Goliath includes the reenactment of the famous duel between David and Goliath. The story in the Bible contains an incredible amount of detail on Goliath which allowed the filmmakers to reconstruct the giant warrior. 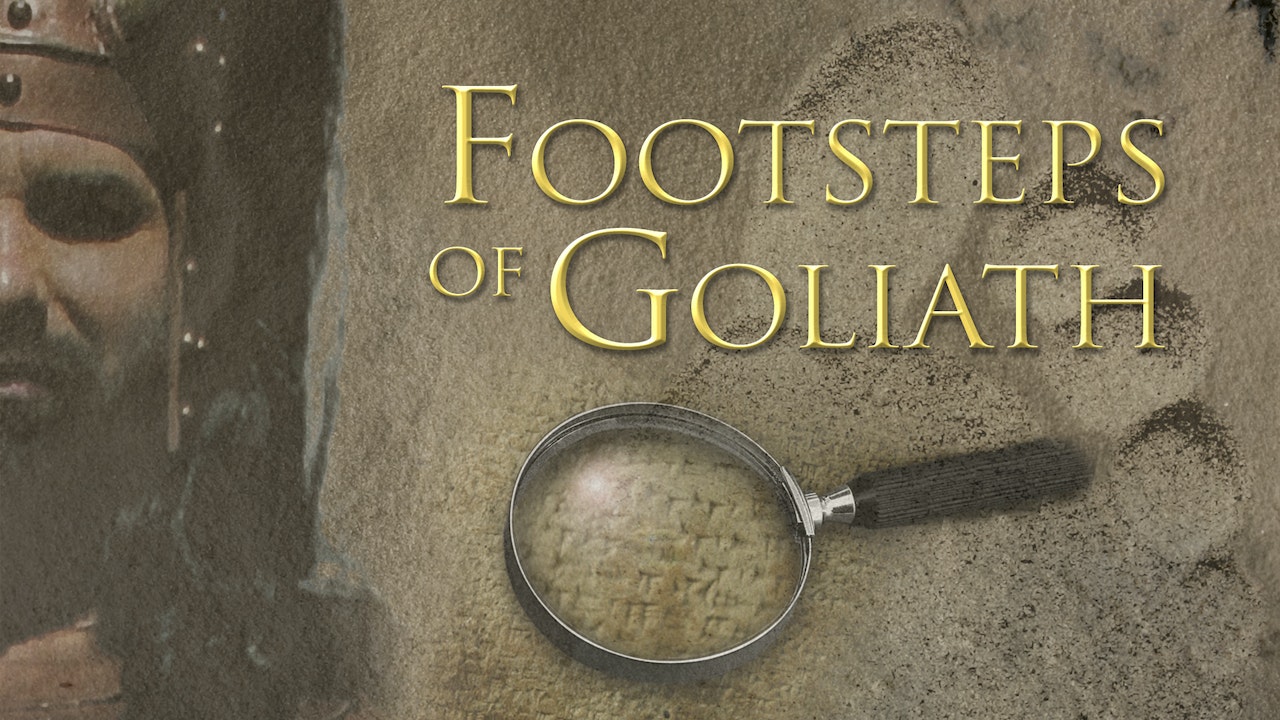