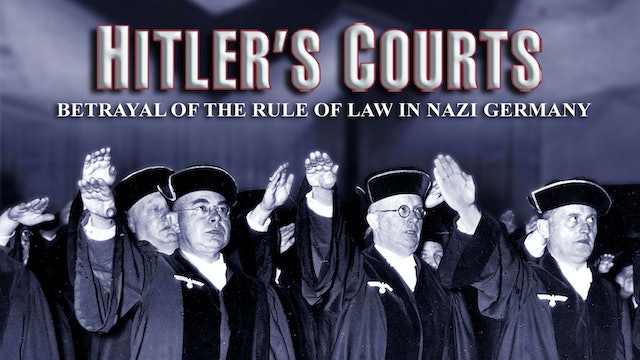 Hitler’s Courts explores how the Third Reich seized power by subverting Germany’s judicial system. The documentary traces how the judges were forced to pledge personal loyalty to Hitler, how Hitler used the courts to persecute his political enemies and ultimately to engineer the final solution. It features archival footage from the Nazi era, rarely seen photographs, and interviews with leading voices in international law. 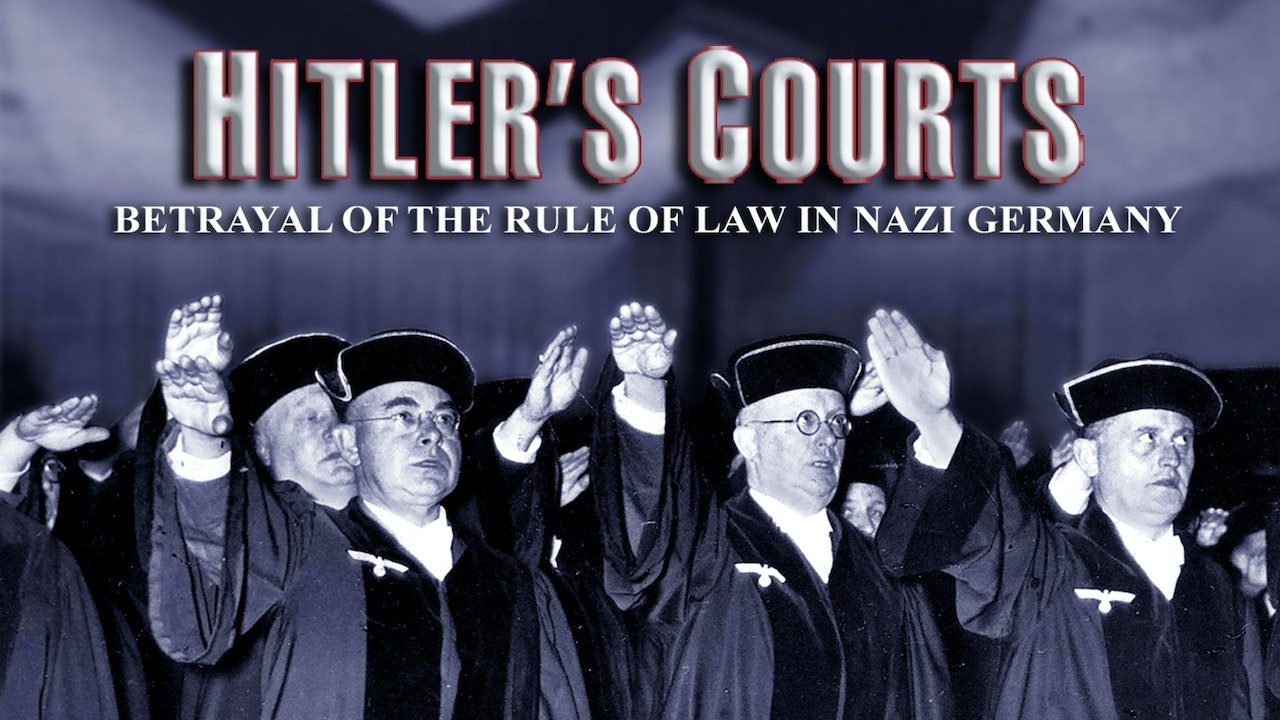