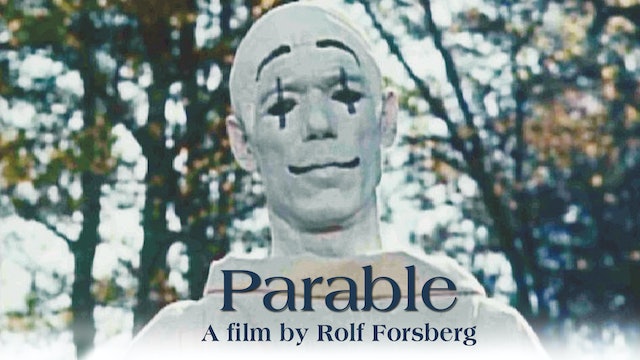 Parable (1964) 23 min. — Forsberg's critically acclaimed, controversial Parable was the main attraction at the Protestant and Orthodox Pavilion of the 1964 New York World's Fair. A mysterious clown in all white attire appears as a Christ-like figure to redeem a circus. Restored to its original widescreen format.

The Antkeeper (1966) 28 min. — The story of mankind is represented by a gardener, his son, the wicked one, and a world populated by ants. Drawing inspiration from the works of Fellini and Bergman, this is Forsberg's thought-provoking 1960s cinematic metaphor with breathtaking imagery and mind-blowing and photography by the distinguished macro-cinematographer Robert Crandall.

One Friday (1973) 10 min. — A day like any other Friday, only an all-out-race war is underway today and no one in this upscale neighborhood is safe, not even a young child whose purity and innocence serves as counterpoint to the chaotic turmoil unfolding all around him. 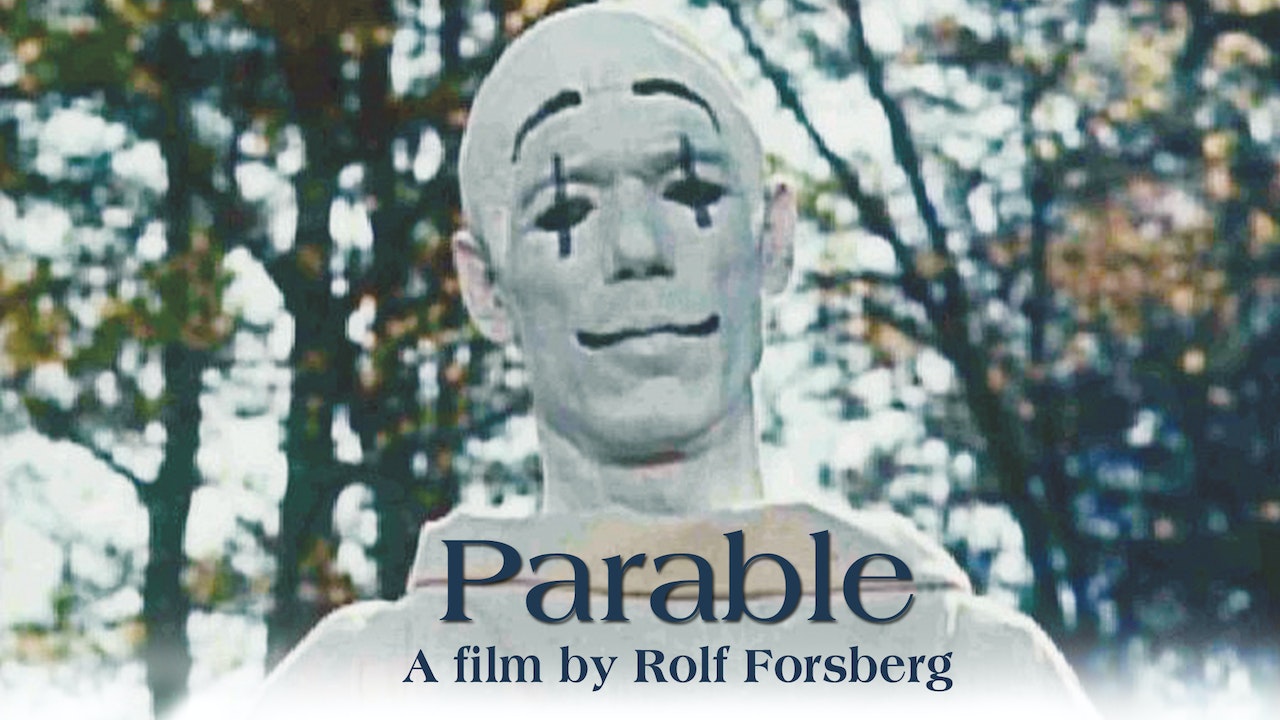