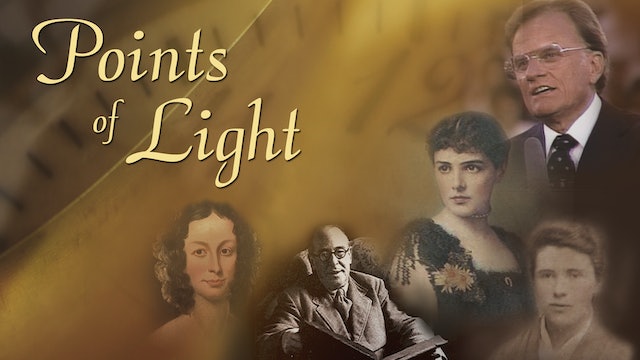 Points of Light: People who Changed the World

Host Derick Bingham brings us the amazing stories of five people who changed the world:

C.S. Lewis, one of the greatest storytellers in history -- This story traces Lewis's Irish roots, his life as a soldier in WWI and his conversion to Christianity. It also provides the background to Lewis's famous Narnia stories and his rise to become a great defender of the Christian faith.

Amy Carmichael, served as a missionary to India for 55 years without a single furlough -- Filmed on location where Amy lived and worked, this story traces how God used a yielded life to bring about incredible spiritual blessing and social reform.

Billy Graham, the most outstanding Christian evangelist of the 20th century -- Traces the amazing story of the dairy farmer's son who brought the Gospel to people from every walk of life.

Elizabeth Ann Everest, nanny to Winston Churchill -- Filmed in various Churchillian locations in the British Isles, this story demonstrates the awesome power of one prayer warrior.

Jane Guinness, married into a family forever linked to the history of the brewing industry -- Became a great point of light through her prayer life. Mainly filmed in Dublin, Ireland, this segment also includes an interview with the Rev. Peter and Michelle Guinness, members of the family family currently in Christian service in the U.K. 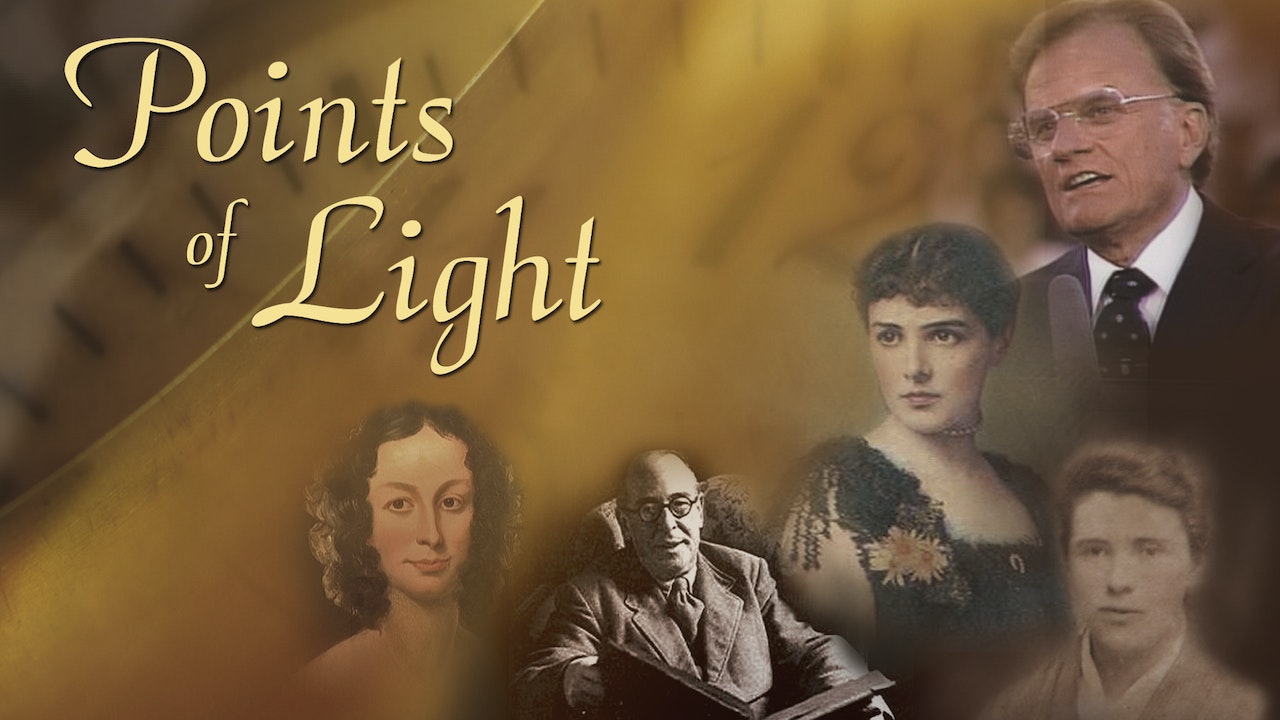